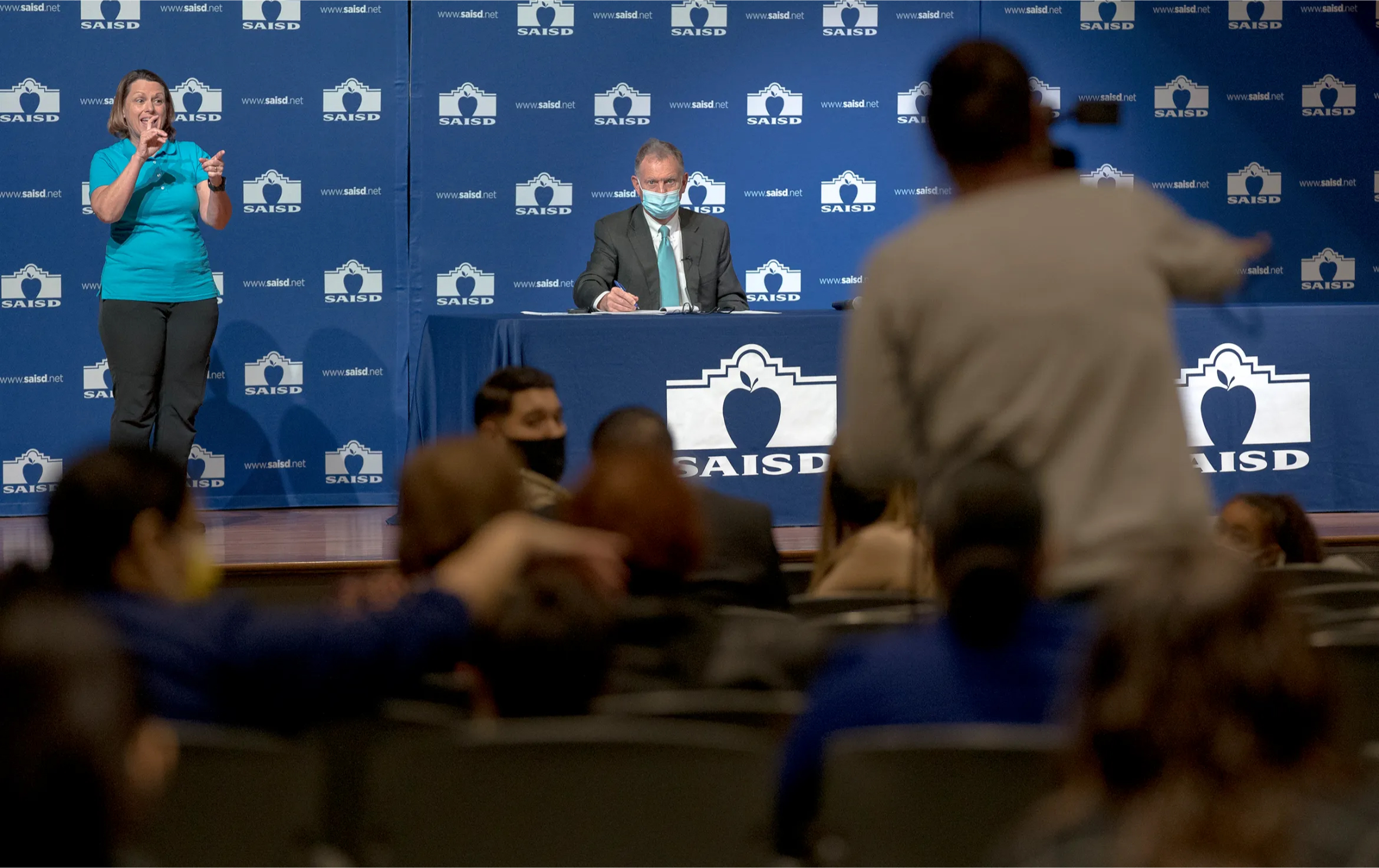 San Antonio is hosting community town halls and listening sessions to inform their search for a new superintendent after the departure of Pedro Martinez who recently became CEO of Chicago Public Schools.  Families say they want the next district leader to be one that listens to the community, understands the city’s culture, and speaks Spanish. They also want their next superintendent to build on the district’s progress and system of choice.

“SAISD has a lot of magnet and choice programs, and what I would like to see is those continued because I think those are driving a lot of parents to come back to the district,” said Rob Sipes, whose son attends the international baccalaureate program at Jefferson High School.  The school system hopes to have a new superintendent in place before the end of the current school year.